When traveling in Scandinavia its fitting to stay at a hotel such as the Radisson Blu Royal Viking, wouldn’t you say? I think the name  says enough. No need to explain, right? While my fiance, Daniel, was hard at work I gallivanted around town, met up with friends and soon to be family, found some new places to eat, shop, you know, enjoyed life. Now I didn’t capture all of my meals on camera because I was too busy yapping but I’ve included photos from two separate trips.

Now Stockholm holds close to my heart since its Daniels home, born and raised Swede. It’s a bigger city than Copenhagen but still small enough to hold that charm. While some might argue this, it reminds me more of the states than Copenhagen does. Maybe because it’s a tad bigger, or there seems to be more life out on the streets, places stay open later, or maybe its just all in the eye of the beholder and it feels like home because we have his family there. Whatever the reason may be I fell for it the minute I saw it, kind of like I did when I saw Daniel (wink, wink).

My visit started with a stroll through Drottninggatan (Queen Street), which is a major pedestrian road filled with shops, perfect for me! While I made my way in and out of the shops for the better part of the morning I started to work up an appetite so I decided to walk over to Saluhall (Market Place). If its good enough for Jamie Oliver it’s surely good enough for me. On my way I walked through Humlegården (Royal Fruit Garden) and alongside the Royal Dramatic Theatre. Unfortunately, I don’t have any photos of this as it started to downpour and anyone who knows me understands that I am not a fan of the rain when I’m caught in it. I finally made my way to Saluhall for some Swedish grub. Trekking through the rain I worked up a good appetite so I went for it! As I wandered through the hall and looked at stand after stand I decided on stopping at Willy Ohlsonns for some köttbullar, better known to the rest of us as Swedish meatballs with lingonberry sauce and mashed potatoes. Oh yes my friends I didn’t hold back. When in Sweden…

VAPIANO
So I am not big on chains, with the exception of San Bruno Chili’s of course, but this one I am a fan of. I realize after I have been that they have a franchise around the world, hmm maybe I should open one in Denmark! On a serious note, the concept is a good one. Casual yet comfortable setting with communal tables but enough so that on a not so busy night you can have a table of your own. At VAPIANO you order and it is made fresh and in front of you. I must say for a chain I was impressed that they use fresh pasta. The size of their bar and wine list wasn’t to shabby either.  In the end the pasta was delish. So was the bruschetta but we devoured that before we could take a photo…oops. A nice little touch there are fresh basil and parsley plants on the table.

The J Hotel is on Nacka Strand overlooking the archipelago. It’s not in the center of Stockholm but its a quick 10 minute ferry or bus ride. The hotel itself is nestled away in a serene, beautiful area away from the hustle and bustle of the city.  It’s a modern hotel with a gorgeous view, from the balcony, facing the water.

Lounging outside of the hotel

View from our room 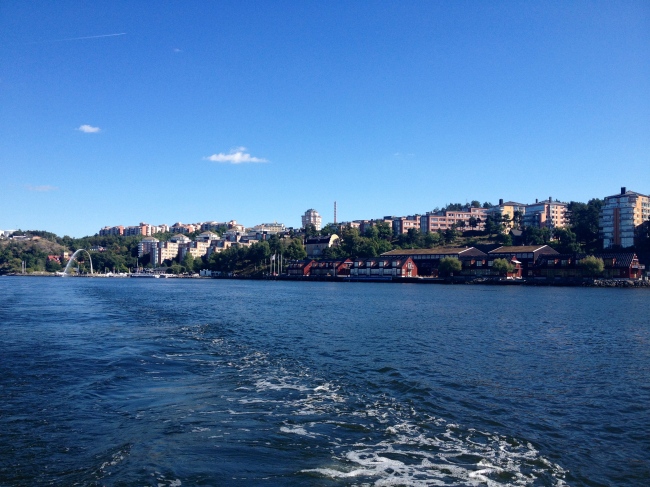 View of Stockholm from the ferry. The weather turned but still made for some great photos. 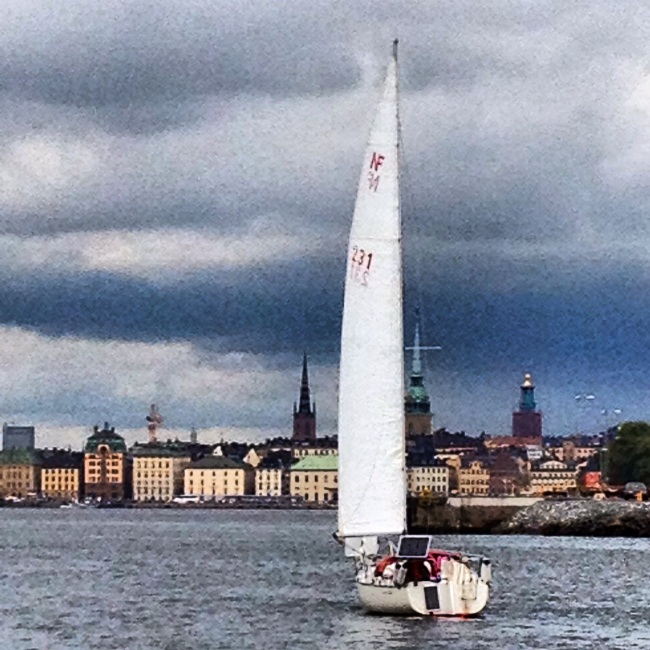 One more mention… there is another market place, Kungshallarna, in the center of town off of Drottninggatan, the pedestrian street. I went there with a friend. and she introduced me to Ikki, a cozy Japanese restaurant, with delicious, fresh sushi.    This market place also has international foods but a little less pricey than Saluhall. A popular spot as it was full locals stopping in for a quick bite on their lunch hour.  All in all it was a great trip, wandering the city, discovering news places and just enjoying the Scandinavian culture. 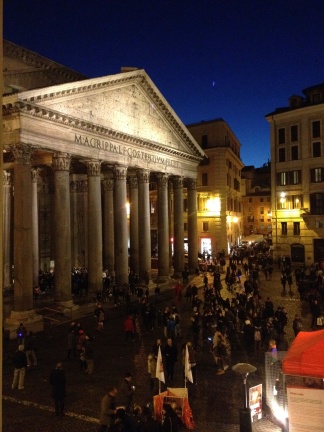